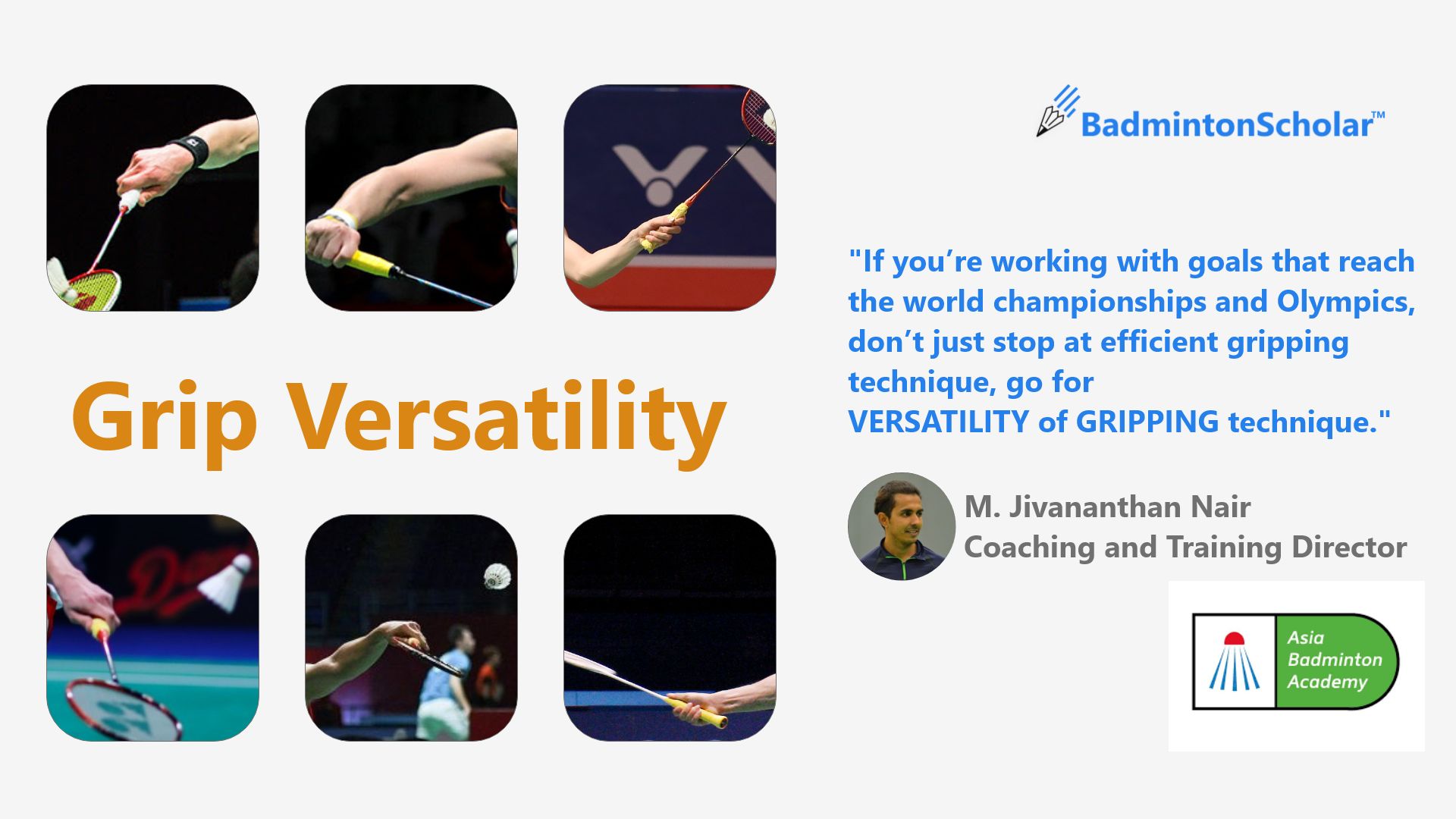 If you’re working with goals that reach the world championships and Olympics, don’t just stop at efficient gripping technique, go for VERSATILITY of GRIPPING technique.

Everyone makes mistake, and that’s ok. However, there are those crucial mistakes you could potentially make at a certain time of your life that you can almost never catch up on. It’s a lost window of opportunity. In badminton, the racket gripping technique and its versatility is one mistake you want to avoid.

The goal of every kid starting off in badminton is to be able to connect the shuttle. If it goes over the net, even better. This is also the motivation factor for the parents watching and the coach working. Unfortunately in many cases, even at the expense of a wrong racket handling form. According to the starter kit provided by the World Badminton Federation, there are 2 main racket holding technique.

Looking at the levels of physical components within an international badminton match today and tracing them down 10 to 15 years behind to a 6 year old starting off in their badminton journey, with regards to the racket gripping technique, the efficiency of the 2 mentioned techniques are simply not enough. What is even more important to achieve is the versatility of the kid in being able to change the 2 gripping techniques in the most quickest and unorthodox way. Fast forwarding this to the international badminton match we watch today, this is visibly seen in the defensive player in a doubles match.

Smashes come through hardest in doubles. Doubles also often sees a lot of fast pace shots in a fast pace rally towards the body. During these rallies you see some remarkable twisting of body, dodging of shuttles simply to catch them back in the most unusual way, producing the “wow” moment for the fans and the ability to redirect shuttles that are travelling towards the body at anything between 200kmh to 300 kmh. All of these are not achievable simply with an efficient racket gripping technique but rather a versatile racket handling ability.

Developing a versatile racket handling techniques gets difficult with age due to development of specific muscle memory and also the stiffening of joints that generally goes with aging. Developing a versatile racket handling technique is also detrimental to the ability to learn a variety of skills, the “feeling” of the shuttle as it touches your racket and also the proprioception development for the little warriors in badminton. This fact is to a certain extent understood by the many coach education experts, which is why it is strongly suggested that kids are started off in badminton with front court stuffs that requires a proper gripping technique. But remember, if you’re working with your little warriors with goals that reach the world championships and Olympics, don’t just stop at efficient gripping technique, go for VERSATILITY of GRIPPING technique. 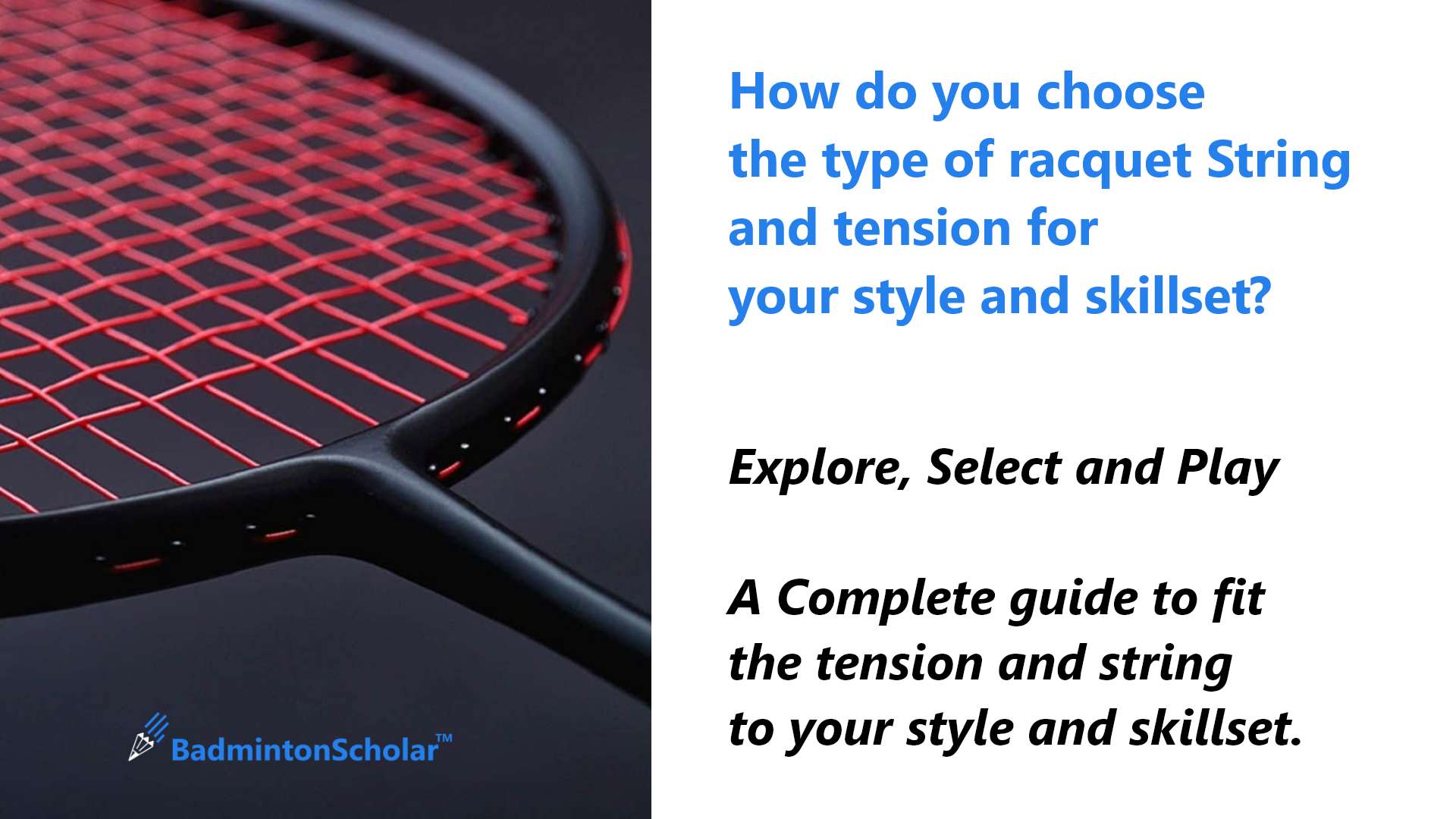 Best Badminton String Review. How do you choose the type of Badminton 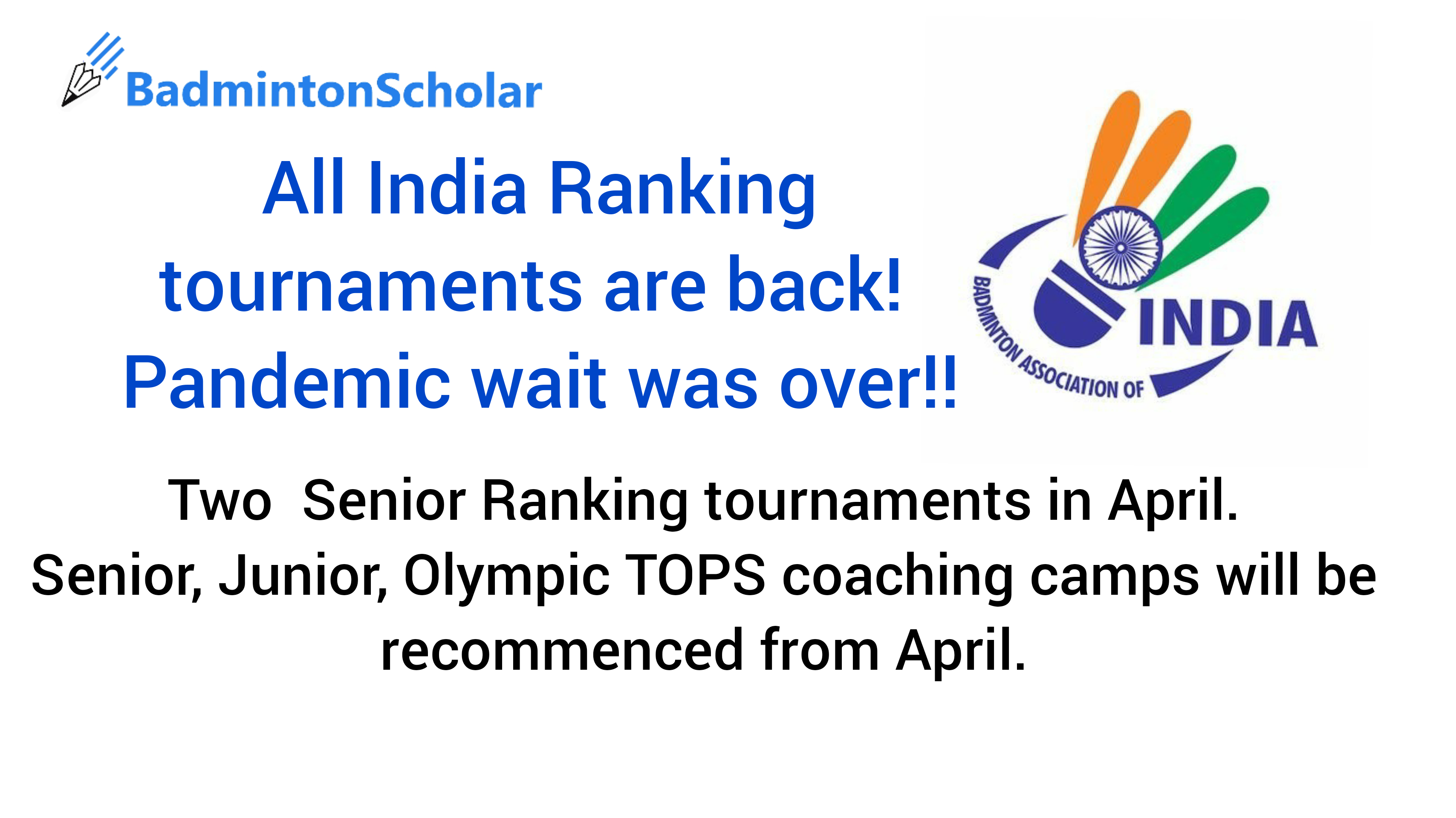 All India Badminton Ranking Tournaments 2021 are back! Pandemic wait 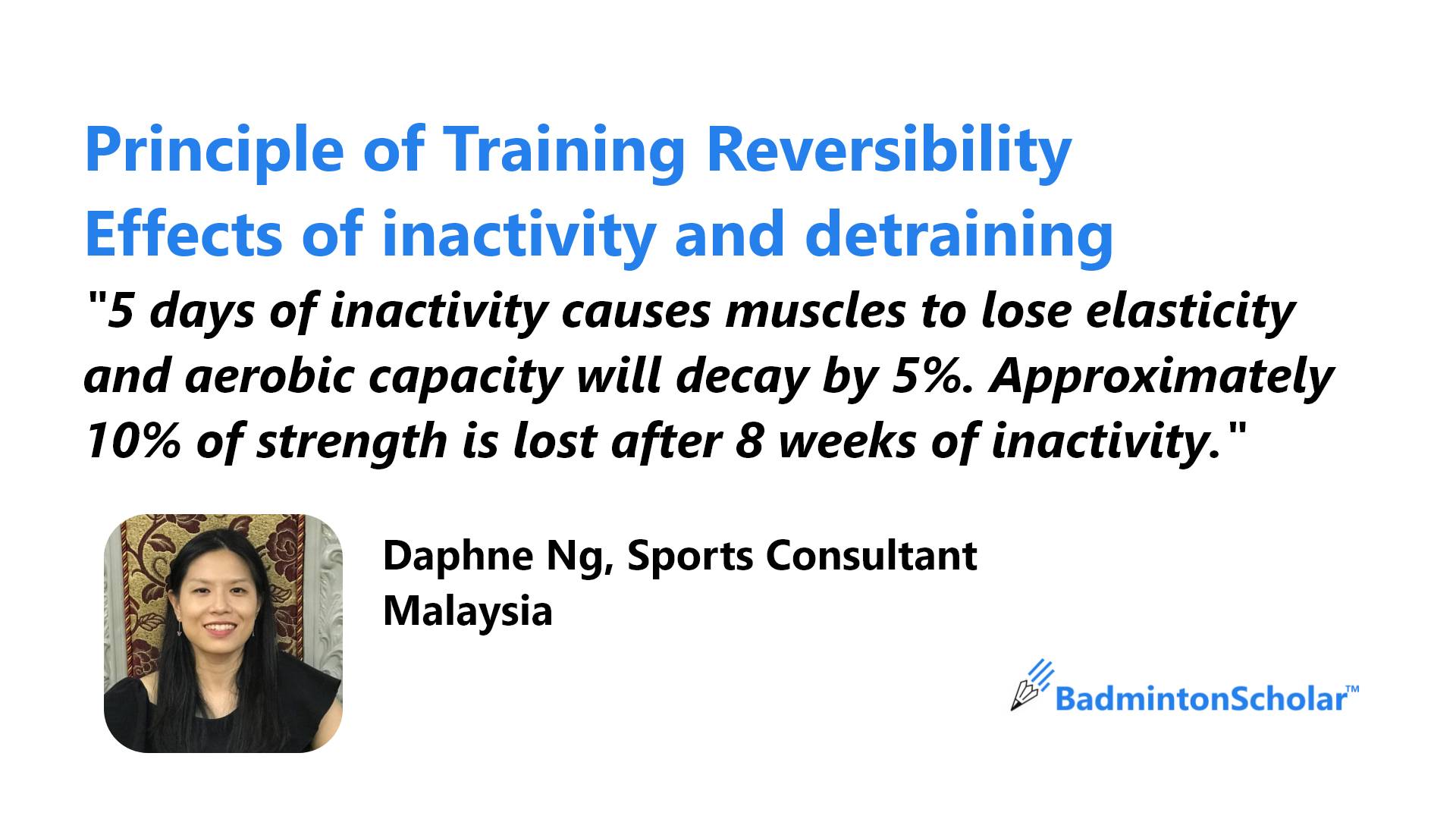 Principle of Training Reversibility, Effects of inactivity and detrain